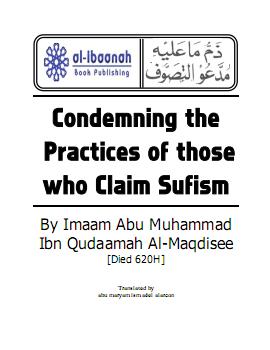 Abul-Harith said: “I asked Abu Abdillaah about Taghbeer, saying to him: “The hearts become softened by it. So he responded “It is an innovation (bid’ah)”

Al-Hasan bin Abdil-Azeez al-Jarwee said: “I heard ash-Shafi’e, Muhammad bin Idrees say: “I left behind something in Iraq called Taghbeerm which the heretics introduced to divert the people away from the Qur’aan””

The Aqidah & Minhaj of Ahl al-Sunnah