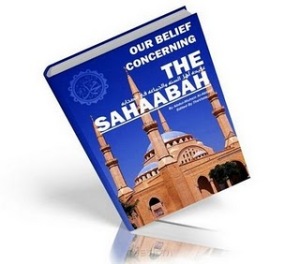 Allah (SWT) honored them by allowing them to ac-company His Prophet (saw). He favored them in this worldly life by giving them the opportunity to see him and hear his hadîth directly from his noble mouth….This is the bounty of Allâh which He bestows upon whom He wills, and Allah possesses the Greatest of bounties.
Indeed the Companions conveyed from Allâh’s Messenger (saw) that which he was sent with from guidance in the most complete and perfect form. They will have the greatest of rewards due to their companionship of Allâh’s Messenger (saw), their fighting in Jihâd along his side, and their noble actions in spreading Islam.’

This site uses Akismet to reduce spam. Learn how your comment data is processed.

The Aqidah & Minhaj of Ahl al-Sunnah